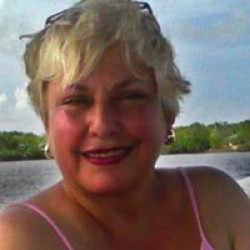 Morph - Curse of the Bitch 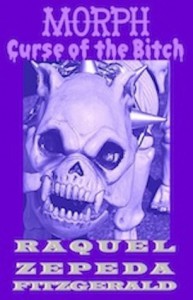 When abrasive men start dropping like flies around a certain young woman, Detective Marilyn Jennings began her investigation.  Having grown up in the middle of Hollywood, solving this case would be a feather in her hat.

The ghosts of Hollywood were about to get a rude awakening.

You can get this ebook on Barnes & Noble, iTunes, or Selify (kindle edition) 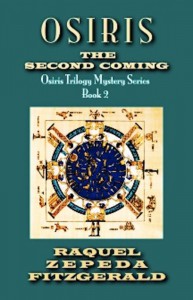 Mummies had not been seen in San Francisco since the Tutankhamen Exhibit in the late 1970’s.  When several citizens witnessed the reanimation of a mummy, San Franciscans stood still, shuddering in fear, hiding; embracing the fog.  Maybe the evil would go away if they ignored it.  For once, no one wanted the fog to lift.

Desperately searching for answers, Moriah asks for Gordy’s help.   She knew his underground library held secrets only known to the ancients.  Suddenly Moriah is transported to an undersea world now inhabited by people once known as pharaohs. Moriah and Veronica race against time to get back from a mysterious underwater vortex.  Ready to battle against the entities raging war against her and her family, Moriah must now unleash her great powers.

Disturbing the dead is never a good idea. Stealing from the dead is an even worse idea. But opening the door to the wizardry of the Rosicrucian Order with ill-gotten spoils from the sands of Egypt -- that is definitely the road to hell.

Unsuspecting beneficiaries of a sacred Egyptian papyrus had no idea that this gift was the result of an unholy theft. Proudly displayed in the Rosicrucian Egyptian museum, the meanings within the papyrus's text had already taken hold. Bringing destruction to the thieves was just the beginning. Collateral damage was unavoidable.

It all seemed to culminate on the eve of March 14, while many of the leaders of the Rosicrucian Order were celebrating at a costume gala in the Santa Cruz mountains. Held at an elaborate mansion down the road from the enormous Cat statues off Highway 17, guests anticipated a great adventure. Dressed in Egyptian costumes, they were taken to the mansion on chariots driven by muscular men wearing scanty Egyptian slave costumes. Not since the filming of "Cleopatra" had such an elaborate depiction of Egyptian life been seen.

Could Pyramid power be what fueled the evil that moved from Egypt to the Rosicrucian Temple in San Jose, California and up into the edifice named the "Pyramid Building" in San Francisco? Old as time itself, the motives for this lamentable theft that stirred the evil, were greed and lust for power.

Consequence or curse? Semantics no longer mattered to the occupants of Suite 4800 in the Transamerica "Pyramid" Building. When employees of the law offices of McCormick, Redding and Patton fell victims to Egyptian sacrificial rituals, they were defenseless. No legal writ could protect them against the powers that had been unleashed.

Partner Jim Patton was unpopular but no one expected that his karma would cut him down in such a grisly fashion. SFPD's main suspect was Moriah Maizon who'd worked for Jim many years and appeared to have motive and opportunity. But they were a little short on the means since he appeared to have been executed by a rare Egyptian knife.

Incarceration is no way to celebrate a twenty million dollar inheritance. However, this proved to be Moriah's luckiest moment because as she slept restlessly in her cell, the Egyptian sacrificial ritual continued its rampage through San Francisco.

Clearly, madness was no new plateau for this killer whose victims showed no signs of struggle. No human could possibly be that quick nor that cunning, concluded many of the Bay area citizens. Encrypted with bloody, mysterious messages, the trail again led to the Rosicrucian Order.

When the bodies started piling up, Lt. Mendoza and all San Franciscans were hoping it was the work of a serial killer because the thought that a supernatural force was committing these executions was much too unsettling. Finally, Lt. Mendoza had to unearth the question that plagued everyone's mind, "Is this the work of a supernatural power or super intelligent madman?"